Sundance Review: I Am Not a Hipster 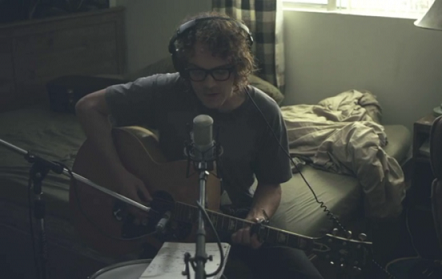 I saw almost every move in Destin Cretton’s I Am Not a Hipster coming from a mile away. Depressive indie musician gives awkward radio interview? Check. He’s suffering through a bad break-up and will surely do something stupid? Check. His dim-bulb best friend turns out to be more with-it than originally thought? Check. Objectively, it may well be a terrible movie. So why then did I kind of enjoy it?


For starters, it’s got some nice distractions: The music is great, and Cretton is wise to foreground the lo-fi performances, Once-style, letting the songs carry us through the film. As a result, we want Brook (Dominic Bogart) to succeed, despite his smug sense of forlorn superiority. And even some of the film’s cliché developments have their charms. When our glum hero’s three lively sisters show up one morning, you know where it’s all headed, but the three actresses are so charming that you don’t quite mind. (Of course, the film then falls back on its face by also saddling Brook with a father problem – one not entirely explained, so its inevitable resolution feels more like a screenwriter’s conceit than anything we might want to care about.)

But even when he isn’t singing, Bogart has his moments. The film puts his character through some tough beats – many of them inorganic and cheap. But every once in a while there’s a real emotion, or an honest gesture, and the actor nails it. The movie around him is mostly disposable, but let there be no shame in saying that he’s captured the essence of this arrogantly self-pitying dickhead.
Posted by Bilge Ebiri at 8:00 AM

Email ThisBlogThis!Share to TwitterShare to FacebookShare to Pinterest
Labels: destin cretton, dominic bogart, i am not a hipster, sundance