Uncle Ingmar and Me

I suppose I should preface this by saying that this post does eventually wind its way towards a discussion of The Magician, now out on DVD and Blu-Ray. But before I get there, here are some rambling, mildly personal observations about my complicated relationship with the cinema of one Ingmar Bergman. 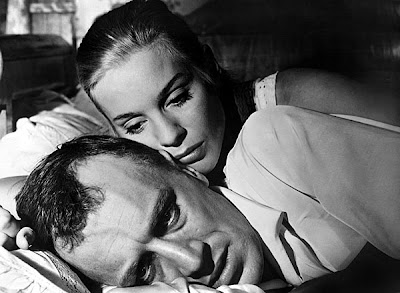 I saw my first Ingmar Bergman film so long ago that I don’t actually remember when I saw my first Ingmar Bergman film. Somewhere in the haze of movies I saw before the age of nine or so, I remember the one about the guy playing chess with Death; it’s even possible I saw it in Turkey, which would mean it was sometime before I was seven. I also watched Fanny and Alexander with my parents around the time it came out in the U.S. – so I must have seen it not too long after I made one of said parents stand in line for tickets the morning Return of the Jedi came out. (I should note, however, that I remember almost nothing of that Fanny and Alexander viewing, and I still remember every second of that Return of the Jedi viewing. I had my priorities straight.)
Flash forward a few years. Around the time my parents were splitting up, my mom developed a brief obsession with Bergman. I was 14 or 15, and, having become seriously possessed by the film bug, I welcomed this turn of events. So, we’d go to the video store and rent stuff like The Silence and The Seventh Seal and Wild Strawberries; I was also spending a lot of time in used bookstores, so I’d find books on Bergman for her (sample title: The Silence of God). It sounds vaguely pathetic, but it was actually a lot of fun. I don’t know to what extent the break-up affected mom’s movie viewing decisions at this time, though; my parents have always been film buffs and she’d seen plenty of Bergman films in her earlier years, so this wasn’t some weird psychological left turn. (There’s a difference between watching a Bergman movie and actually living in a Bergman movie.)
Read more »
Posted by Bilge Ebiri at 11:00 PM 5 comments:

Talking to "Let Me In" and "Cloverfield" Director Matt Reeves

I guess Jeff Wells and I have at least one thing in common, which is that we are both willing to try and help the awesome-but-financially struggling Let Me In stay alive in theaters a wee bit longer.  So, to that end, here is an interview I did with the film's director Matt Reeves about a month ago, originally for Vulture. Because we wound up running the slideshow of Reeves's favorite movie kills instead, the Q&A part itself wound up getting nuked. So, I'm running it here. Reeves was a fun guy to talk to -- "enthusiastic" is the word that comes to mind -- and I hope some of his energy comes through. Enjoy. 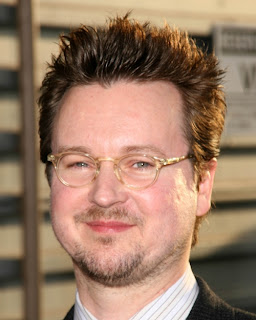 As the understated horror of Let Me In slowly builds and builds, it’s hard to think that the guy who made it is also the guy who directed the hand-held video-camera monster flick Cloverfield, about as hectic and in-your-face a movie as Hollywood has produced in recent years. And director Matt Reeves will freely admit that his latest, a remake of the hit Swedish adolescent vampire thriller Let the Right One In, is a lot closer to his preferred style than his 2008 J.J. Abrams-produced monster hit. Tell that, though, to the legions of fans of the original Swedish film, who are biting their nails in fear, anticipation, and in many cases anger over the fact that an American remake even exists, let alone one made by the Cloverfield guy. But Reeves’s Let Me In remains strikingly faithful to Let the Right One In’s grim, deliberate mood. It also manages to be heartbreaking in its own right – a horror movie that’s more about the painful longings and alienation of adolescence rather than intense kill scenes (though Let Me In definitely has a few of those as well). Reeves spoke to us recently about how he wound up making the movie, about his fears of doing a remake, and working with his remarkably talented young cast.
A lot of people were upset about the idea of an American remake of Let the Right One In. Did you ever have second thoughts?
Yes. Initially, all my better instincts were saying, “Don’t do this movie,” mainly because I loved the film so much. At the same time, it wouldn’t let me go.

Email ThisBlogThis!Share to TwitterShare to FacebookShare to Pinterest
Labels: chloe moretz, cloverfield, kodi smit-mcphee, let me in, let the right one in, matt reeves

Knock Knock: On Letting the Right “Me” In 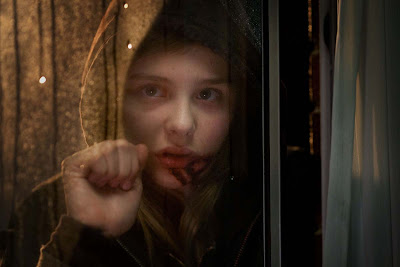 People who know me already know that I really, really like Matt Reeves’s Let Me In, his somewhat Americanized remake of Tomas Alfredson’s Let the Right One In, the Swedish adolescent vampire phenomenon from a couple of years ago. And I think a lot of other people will like it, too. There’s been a bit of an uproar over the past year or so, courtesy of fans of the original who dread the thought of Hollywood getting its grubby paws on such a distinctive and daring film. I think that once people see Let Me In, they’ll realize that their fears were misplaced. Reeves remains remarkably faithful to the original’s tone and style – indeed, some scenes seem to be almost identical.
That, of course, brings up a different concern: At what point does a remake become unnecessary? If Let Me In is going to be that faithful to the original, does it not undermine the case for its own existence to some extent? The answer to that is, for me, “No,” but more because Let Me In is actually quite different from the original in a couple of interesting ways, which I’ll get into below.
Read more »
Posted by Bilge Ebiri at 3:01 AM 1 comment: