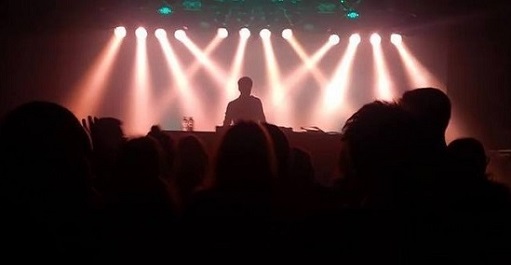 When we first meet the main characters in the film, they're wandering in the woods in the pre-dawn haze after a rave. The music is distant, inchoate, drifting out from behind closed doors, like something half-imagined. It's hard to tell if these people are strung out, or tired, or just naturally odd: Hansen-Løve isn't much for exposition, and she prefers to create diffuse narratives where the characters we're supposed to focus on only become clear very gradually. (When I first saw Eden, it took me a good 20-30 minutes before I realized Paul was the film's protagonist; it didn't help that he looks not unlike another major character, Cyril, played by Roman Kolinka, with whom I kept confusing him.)

Eden eventually starts to skip through the years, as Paul and his friend Stan (Hugo Conzelmann) form the DJ duo Cheers and achieve some success. The nature of that success is never entirely clear, by design: They rarely seem to have much money, and Paul continues to live in the same nondescript apartment, but within their insular world, we understand that they're well-known. They even get to go to New York, bringing along their small entourage of friends, lovers, and collaborators, and briefly – for about a minute of screen time, literally – it's as if they haven't a care in the world. And then, the melancholy rushes back: Paul's girlfriend Louise (Pauline Etienne) – the longest lasting in a long line of women he’s with over the years – leaves him, and another friend commits suicide.

This could easily have been a very melodramatic film: Its broad timeline and the ups and downs of these characters – thwarted love, fame, disappointment, death, etc. – practically call for it. But the film has adopted the distant, slightly too-cool-for-school demeanor of its main character. Paul floats through life, casually shrugging off his mom’s calls to straighten himself up, the slowly gathering financial demands of adulthood, and even the occasional girlfriend’s hint that there’s got to be more than this. He’s always in service to the music around him: When he finds out about the aforementioned suicide, he can't even stop the radio show he's programming; the songs just bounce along as he excuses himself to go break down in an empty stairwell. The beat, for better and for worse, goes on.

The drifty, ethereal tone of Eden slowly envelops you, and it is one reason why the film, as understated as it is, remains so hard to shake. Hansen-Løve captures both the appeal and the curse of this subculture, the lotus-eater-like wasting away that comes with a life spent pursuing pleasure. But again: Where is the pleasure? Paul's life never seems to go far beyond the boundaries of an increasingly narrow world, and he rarely cracks a smile. Or, to put it another way: Where, exactly, is Eden, in Eden? There's no real blissful moment of innocence or joy one can point to in the film – not even one that's lost, as Edens tend to be, especially in the movies. Rather, there’s something ineffable about the film’s conception of happiness: It’s there in the music, but also forever out of reach. Early on, we see a group of dancers singing along to Joe Smooth’s “Promised Land” (note the title). They’re out of tune and awkward, and their dancing is mostly lifeless, and in the darkness of the club, we can barely see them. But here, then, is one moment of transcendence. It materializes for an instant, then quickly vanishes. Paul himself is almost never a part of it, though. He’s the guy who sometimes gets to make it happen. That’s all.

But wait. There is one final moment of such transcendence for Paul near the end – after he’s hit rock bottom and pretty much given up on his career, taking on a humdrum day job. He reunites at a club with some of his DJ pals, including Daft Punk, the French electronica duo whose rise to fame has been a narrative touchstone throughout, a kind of veiled, parallel narrative within the film. (They remind me of the way Bob Dylan is used in Inside Llewyn Davis, as an indicator that we’ve been watching the story of the guy who didn’t make it.) Late in the evening, Paul stands by himself in the empty club as a female DJ plays “Within,” from le Daft. For what seems like the first time, Paul becomes part of the audience; in fact, he’s the only audience. The typical DJ transaction – they play a song that you like, and become almost god-like in your eyes – has come full circle, and now he’s on the receiving end. It’s the penultimate scene in the film, and an appropriately melancholy bit of euphoria. The beat goes on, even if we don’t.