8 People Who Should Have Become Directors 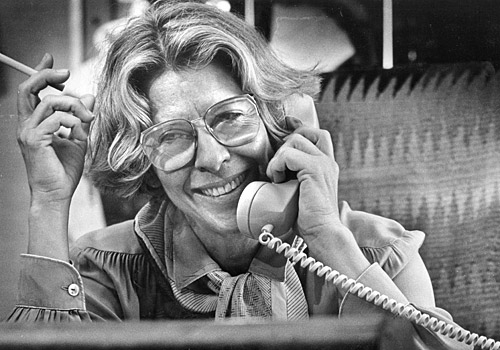 Film buffs love to talk about people who didn’t direct enough (top of the list: Charles Laughton and Jean Vigo, of course) or people who should never have directed (I’m not naming names, but take your pick, and make sure your pick includes Eric Schaeffer).


But rarely do we talk about people who should have directed and never did. And yet every once in a while I’ll come across someone who was so instrumental to the success of other filmmakers and clearly so brilliant, that I’ll think, “Why on Earth didn’t this guy/gal ever direct a film themselves?”

Sometimes the answer is simple: They never wanted to. Sometimes, you’ll find that they did get to direct one film along the way: For example the legendary stunt director Vic Armstrong did in fact make one forgotten Dolph Lundgren movie; Eric Schwab, a longtime Second Unit Director for Brian De Palma and the one person who comes away from The Devil’s Candy with his reputation intact, did get to make one totally forgotten crime thriller; Tonino Guerra, the great Italian screenwriter for Antonioni, Rosi, and the Tavianis, did direct a documentary, in collaboration with Andrei Tarkovsky (!).

For those reasons, I’ve kept those folks and a few others off this list. And really, it’s meant to be a discussion-starter more than anything else. So here are my choices for 8 people – critics, motion picture professionals, etc. – who should have become directors at one point or another.
Read more »
Posted by Bilge Ebiri at 4:00 PM 3 comments:

SEE THIS MOVIE: An Injury to One, finally on DVD


This week sees the long-overdue DVD release of one of my favorite films of the last decade. Travis Wilkerson’s An Injury to One is, technically speaking, a documentary, but I almost never think of it that way. It’s also been called an essay film, and agitprop, and countless other things. What it really is, I think, is a ghost story.
Read more »
Posted by Bilge Ebiri at 9:30 AM 6 comments:

Email ThisBlogThis!Share to TwitterShare to FacebookShare to Pinterest
Labels: an injury to one, travis wilkerson

Let the Mystery Be? On Leo, Alan Turing, and The Mind-Matter Thing 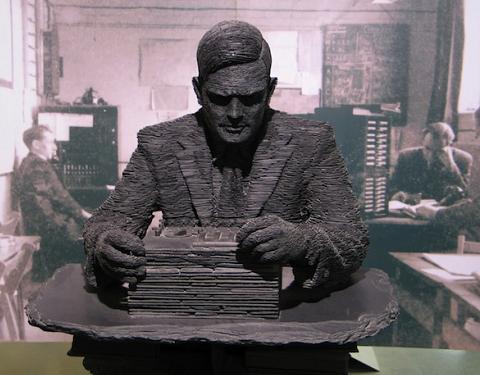 “We feel that even when all possible scientific questions have been answered, the problems of life will remain completely unanswered.”

Just a quick, personal note (which I’d meant to post before) about this whole business with Leonardo DiCaprio supposedly playing Alan Turing in a forthcoming biopic called The Imitation Game. Could be an interesting project. Or it could not. (How’s that for wishy-washy?) The potential involvement of Ron Howard suggests that he may be desperate for more Oscar glory a la A Beautiful Mind; or maybe he’s just doing penance for the insane liberties A Beautiful Mind took with its depiction of John Nash’s personal life – because no way in hell are these guys gonna be able to whitewash Turing’s.
Read more »
Posted by Bilge Ebiri at 4:00 PM 4 comments:

We Live in Public: Brief Thoughts on "Margaret" 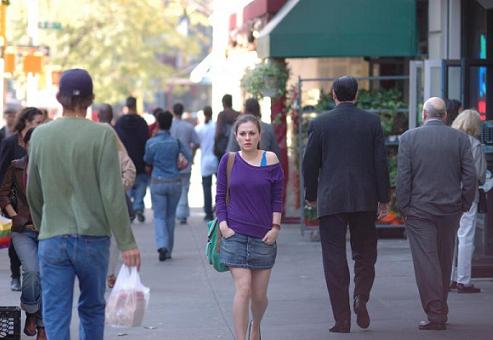 I saw Kenneth Lonergan’s Margaret last Thursday (along with a small group of other film writer pals), its final show in New York City. I went in with a mixture of heightened anticipation, thanks to the endorsements of many other writers of good taste, and some trepidation, thanks to its complicated post-production story. Once the film unspooled, however, I was elated to discover, as did so many others (but not enough of them, alas) that it’s a marvelous movie – in particular, a great New York movie. And frankly it deserved better from this city. 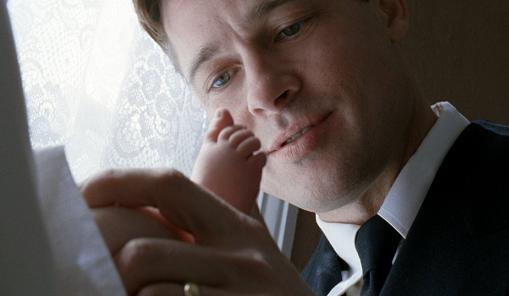 Earlier this Spring I wrote an article for Cinema Editor magazine, the official publication of American Cinema Editors (ACE), in which I interviewed some of the individuals involved in the editing of The Tree of Life, which just hit DVD and Blu-Ray this week. (Some of the research for this also overlapped with my piece on Q and The Tree of Life for New York Magazine in May.) Cinema Editor has now graciously allowed me to publish the piece on this blog. (But you should consider subscribing; it's a quarterly publication, and there's lots of great stuff in there.) This version includes some material not in the original piece.

The article was written long before I actually saw the film, so it has to dance around certain elements, as did the editors themselves. (God knows, I would have had so many more questions had I been able to see and give specifics about the film before I spoke to the editors.) But it was still a fascinating experience doing it. Enjoy. And watch this space for some more Tree of Life thoughts later this week.

Fuel for the Fire: Some Brief Thoughts on "Incendiary" 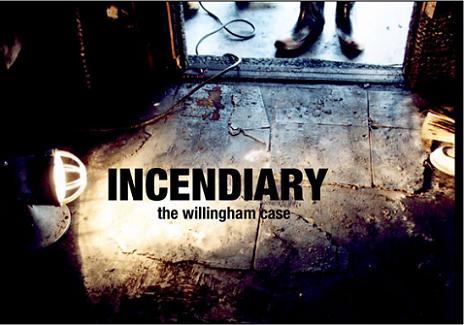 A recommendation: If you’re in New York and looking to be engaged and infuriated by a movie this week, consider heading to the IFC Center and seeing Incendiary, a ridiculously timely documentary about the 2004 Texas execution of Cameron Todd Willingham -- a questionable case which has recently bubbled back up into the spotlight thanks to the (now thankfully faltering) Presidential run of Texas Governor Rick Perry. This isn’t an irate, strident movie, however; rather, Joe Bailey, Jr. and Steve Mims offer up a mostly sober, analytical work that quietly plants little time bombs in your brain. It’s the kind of film that gains power by pretending to pull its punches.
Read more »
Posted by Bilge Ebiri at 5:00 PM 2 comments:

SEE THIS MOVIE: Once Upon a Time in Anatolia 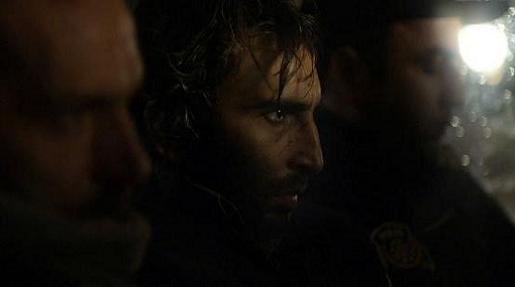 Nuri Bilge Ceylan’s Once Upon a Time in Anatolia, which is surely some sort of masterpiece*, will play the New York Film Festival tomorrow (its first and only screening at the fest) and it will open theatrically later in Winter (early January, I believe), courtesy of the fine folks at The Cinema Guild. I have a lot to say about Anatolia, but can only say so much right now. Before I get to my brief assessment of the film (after the jump), allow me to recommend my friend Ali Arikan's lovely, hilarious, and highly personal take on it, here.

Email ThisBlogThis!Share to TwitterShare to FacebookShare to Pinterest
Labels: nuri bilge ceylan, once upon a time in anatolia, turkish cinema

8 Directors Who Played Villains in Other Directors' Films 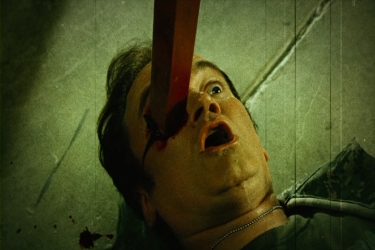 With the rather startling news that Werner Herzog will be playing the villain in the next Tom Cruise flick, I couldn’t help but be reminded of all the other times that a great director has been enlisted to play a villain in another director’s movie, with often awesome results. There are a surprising number of them, and I’m sure I’ve missed a few, but here’s a quick rundown of some that came to mind…

Salo and Me: (Not) A Love Story 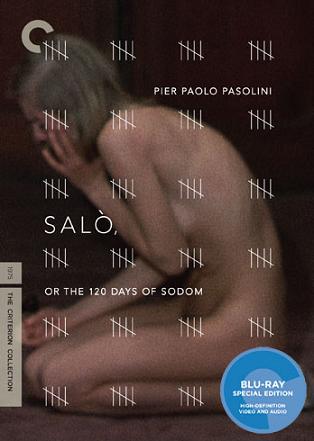 The other day a Criterion Blu-ray of Pier Paolo Pasolini’s Salo, or the 120 Daysof Sodom arrived in the mail. I was excited to receive it, even though I have no idea when I’ll watch it again. I’ve already seen it several times, and according to some, that may well be a couple of times too many. Since Salo – twisted, disgusting, horrific, soul-destroying Salo -- is supposed to be all about its own unwatchability. (Here’s a brief Slate piece all about whether one should really even bother to visit it once.) I mean, what do you do with a movie that supposedly dares you to watch it?
However, I don’t actually find Salo unwatchable. And maybe, if I share my own personal Salo story, I can explain why.
Read more »
Posted by Bilge Ebiri at 10:03 PM 4 comments: