There Should Be an Oscar for Best Stunts 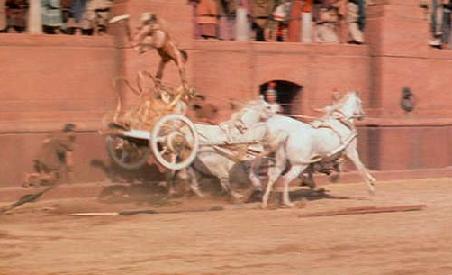 The title says it all. There really should. We often admire films that try to tone down the CG and rely on old-school stunt magic, but they never get honored the way they should. A bunch of brilliant computer geeks creating fake action on a computer can win an Oscar – and rightfully so – but for some reason the brave, brilliant, crazy souls who actually risk their lives to replicate that same action for the camera can’t.
Read more »
Posted by Bilge Ebiri at 10:34 PM 6 comments:

The Art of the False Comparison; or, Why Freddy Got Fingered is Better Than Touch of Evil

A friend, who does not much care for about 90% of the films on my 2010 Top Ten List, noticed my reference in said list to the fact that I’m not too keen on many Alain Resnais films, and asked me if that means I prefer The Prestige over Last Year at Marienbad. The answer to that question is: Well, yes, since I really like – nay, love -- The Prestige but do not much “like” Marienbad (which I’ve actually seen a couple of times). But it also reminded me of a recent episode wherein Movie Nerd Friend A called out Movie Nerd Friend B for giving The Breakfast Club a higher grade than The Godfather Part II.* Which got me thinking about false comparisons… 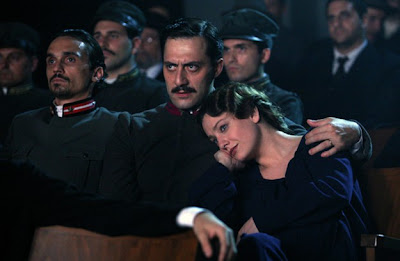 While I did participate in the Village Voice critics’ poll this year, the only poll that matters for me in any given year is The Skandies, which Mike D’Angelo has conducted for something like 15 years now, and which I’ve been participating in since, I believe, 1999. The results are being unraveled here. After that, Mike will presumably put up all the various ballots, ratings, breakdowns, etc. when they’re ready (usually in some kind of ‘roided-up PDF), but for now, here were the ten films on my ballot for Best Picture, in some kind of rough ranking:

Enter the Void – As I’ve already mentioned, I texted the publicist that this was “The greatest fucking movie I’ve ever seen” after seeing it. I’m still waiting for that statement to be proven hyperbolic.

Vincere – Every once in a while somebody comes around and reminds you why the Italians, when they put their minds to it, make better movies than pretty much anybody else. With its jagged turns between spectacle and theatricality, this deranged opera about history and madness feels either like some kind of throwback to the past, or some beautifully twisted vision of our  future. Either way: This is why cinema exists.
Inception – I have said enough about this movie in my opinion. (Believe it or not, there’s more coming.)
The Social Network – I’ve been curiously quiet on this film, even as it had its moment in the sun and now seems to be receiving some kind of long-awaited backlash. I adore it, despite some flaws. And I love it not so much for its witty script (which is very good but also a trifle overrated, as it traffics in some bizarre character implausibility) but because it’s so effective at portraying an issue near and dear to my heart, the way the warm cocoon of college clashes -- spiritually, emotionally, behaviorally, and aesthetically -- with the cold, hard edges of the real world. (That scene in Larry Summers’s office is kind of the key to the whole film, when you think about it.) Also, I have no idea what people are talking about when they say there’s nobody to like in the film, as I found almost every single character to be quite touching in his/her own way.
The Ghost Writer – I want that house.
Let Me In -- Another movie I’ve said enough about, but I need to add this: At heart, it’s not so much a horror movie or even a coming-of-age tale (which, full disclosure, I initially pegged it as) but a tragedy about growing old. That scene where Owen discovers the old photo of Abby with the young version of the Richard Jenkins character basically tore my heart into a million pieces.
The Eclipse – This, on the other hand, is a real horror movie, using a creeping sense of potential supernatural dread to bring us into the reality-based horrors of the lead character’s emotional dislocation. Think Repulsion, not The Haunting.
Wild Grass – Seems like an obvious choice, except for this: I am not that big a fan of Alain Resnais. I mean, sure, he’s Alain Fucking Resnais, but save for La Guerre est Finie and Providence, I’ve never particularly felt on his wavelength. And I’m still not entirely sure what to make of Wild Grass, except to note that it captivated me from its very first, ravishing frame to its final, utterly random one.
Dogtooth – Everybody keeps referring to Michael Haneke when discussing this, but I’d argue the real touchstone here is Pier Paolo Pasolini, in his industro-mythical Teorema/Pigpen period. Plus, there’s often a strangely moral dimension to Haneke’s horrors – it’s why he’s regularly described as a scold – whereas Dogtooth is more about how morality, perversion, and power are all basically the same damn thing.
Winter's Bone – The logline to this thing sounds deadly, and I initially resisted seeing it at Sundance last year -- until my very final day when the drumbeat of praise just got too deafening to ignore. I felt that it was very good at the time, but even as I walked away from it, the film still somehow felt a bit too brittle to really stand out. (I never give grades to movies but for some reason I even blurted out, “B+!” at the time.) Then I saw it again. And again. And I still can’t get over the way the damn thing creeps up on you and transforms into a Grimm Brothers tale, complete with a forest primeval.
And somewhere in there I should probably add:
True Grit -- Another one I had to view a second time before I realized how much I liked it. To be honest, Jeff Bridges’s gruff stylings still don’t do much for me – some were reminded of an extreme version of Bad Blake from Crazy Heart, I was reminded of Nick Nolte’s practically- unintelligible turn in The Good Thief. Still, what a magical, goose-bump-inducing film – particularly in its final couple of scenes.
Posted by Bilge Ebiri at 10:00 AM 3 comments:

A Few Brief Words in Honor of Maria Schneider

I probably should have written something earlier about the sad and untimely passing of the late, great Maria Schneider, but, well, I've been insanely busy.