SEE THIS MOVIE: An Injury to One, finally on DVD


This week sees the long-overdue DVD release of one of my favorite films of the last decade. Travis Wilkerson’s An Injury to One is, technically speaking, a documentary, but I almost never think of it that way. It’s also been called an essay film, and agitprop, and countless other things. What it really is, I think, is a ghost story.
Wilkerson’s film is basically about the sad, tragic history of Butte, Montana – a once-thriving mining town reduced to a wasteland of toxic despair thanks to runaway capitalist greed. The specific period An Injury to One focuses on is around 1917, when the Anaconda mining company, flush with profits thanks to the need for copper during WWI, found itself facing the charismatic Wobbly labor agitator Frank Little. Not surprisingly, Anaconda chose to deal with Little in murderous fashion; one of the men involved in his killing was reportedly a young fellow named Dashiel Hammett, who would later use Butte as the inspiration for Poisonville in his masterpiece Red Harvest.
That description does pretty much no justice to the unique power of An Injury to One. Wilkerson does everything differently: Instead of straight archival footage (not that there is any available) he offers up maps, photos, and strange collections of numbers, often counting up or down, leading to some powerful statistic that achieves its own strange poetry. He interrupts his story with long, static, empty shots of Butte today, and overlays folk tunes and protest songs over these lovely interludes. The film has a unique tone that’s simultaneously very disquieting and strangely lyrical. When it first came out, I found myself returning to it over and over again, both captivated and puzzled by it. There seemed to be something missing from it. 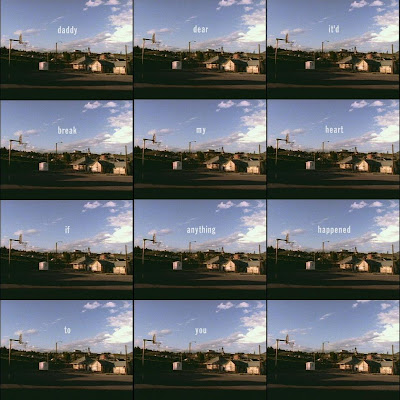 It took several viewings for me to realize what it was that made An Injury to One such a strange and beguiling experience.
The film has no people in it.
Well, it has a few – Little, for one – but they’re very strategically and pointedly placed when they do show up. This is one of the loneliest films I’ve ever seen. There is a human voice narrating, which belongs to Wilkerson himself, but that is one of the few human presences here. Instead, we get a lot of faded, distorted photographs. A lot of signs pointing to absence. And a lot of empty, abandoned spaces.
This emptiness isn’t just some stylistic choice. It is, on some fundamental level, the main thematic thrust of An Injury to One. Butte is in many senses still a ghost town today. Wilkerson has talked about what it was like to move to Butte in 1982, when he was 12 or 13 years old, at a time when everyone else seemed to be moving out. His imagery lends his milieu a wasted, almost post-apocalyptic quality.
But Wilkerson doesn’t stop there. When he plays labor songs on the soundtrack, he doesn’t give us any voices. Instead, he gives us the words to the song, cut rhythmically to the music -- like a kind of dark, bitter exhortation for us to join in a spectral sing-along. So in some senses, the absence of people in this film is a result of the absence of activism. And Wilkerson ties that into our own direct absence, both as viewers and as active figures in our own democracy.
That I think is the source of this magnificent film’s eerie power. Metaphorically speaking, at least, we are the ones who must provide the voices for the songs. To put it another way: What’s missing from this film is us.

Email ThisBlogThis!Share to TwitterShare to FacebookShare to Pinterest
Labels: an injury to one, travis wilkerson