Sundance Review: Me at the Zoo 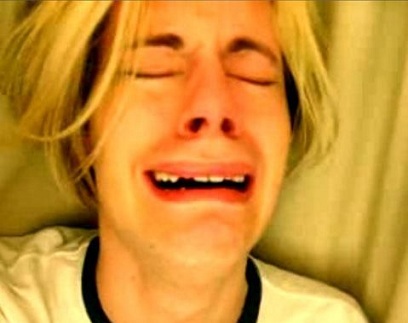 Years ago, when I wrote for a print magazine covering the Internet, we used to sit around and think about the day when the online experience would become so ubiquitous that our magazine would become completely obsolete, like a print journal about telephones. The day came soon enough, but I don’t know if any of us imagined the direction in which digital identity would go. Back then it seemed that the Internet would become the savior of niche culture, that it would turn all of us into particularists free to indulge our strangest interests with small groups of like-minded folks.


It has certainly fulfilled that promise to some extent, but I’m not sure how many of us predicted the rise of viral culture. Or at least the extent of it. Certainly at the time there were already people who had become famous on the Internet – from Cindy Margolis to Mahir Cagri, a guy who I’m not proud to admit I spent almost a year trying to interview. But the ebb and flow of viral celebrity, the concept of not just making something silly or funny that everyone becomes obsessed by, but the idea of having followers, of having millions of people lip sync to your online rants, like a planet full of puppets… That kind of mass give and take between mostly anonymous people I certainly didn’t see coming.

Chris Moukarbel and Valerie Veatch’s Me at The Zoo, a documentary portrait of Chris Crocker, better known as The “Leave Britney Alone” Guy, uses the story of one troubled and fascinating individual -- a video-blogger, Britney Spears superfan, and YouTube celebrity long before he went universal with his tearful rant advising the world to leave Ms. Spears alone at the height of her troubles -- to chart the rise of viral phenomena. Spears kind of came of age alongside the Internet, so it seems somehow strangely appropriate that a boy with an unhealthy obsession with her would be the ideal representative of this madness. Moukarbel and Veatch portray what it’s like to be in the center of it all, to be at the mercy of the affirmation and condemnation of millions of people who possess essentially the same tools and voice that you do.

From that perspective, the great equalizer of the internet turns out to have a scorpion’s tail. The film captures this social whiplash, the way imitations rain down on you when something goes truly viral, when the rumor-mills start buzzing or when the death threats start coming in, as happened when Crocker claimed that he couldn’t care about the anniversary of 9/11 because he was so worried over Britney’s recent troubles. There’s little time to reflect at the center of this storm. Appropriately, the movie is fast, frantic, and at times unbearably sad.

On the other hand, the film doesn’t really offer an inside look at Crocker’s life. Those looking for some intimate, boy-behind-the-curtain (or, in his case, behind the sheet) moments may well be disappointed. Aside from some touching moments with his very troubled mother, there’s little here that someone following him online wouldn’t already know. In other words, the film doesn’t need to reveal the inner secrets of this guy’s life. He’s already put it all out there.