An Economic Recovery Plan for the Land of Oz 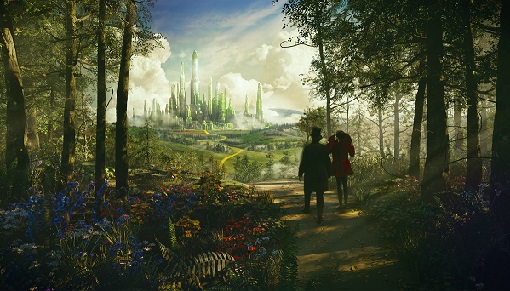 In his excellent BFI Classics book on The Wizard of Oz, Salman Rushdie comments on the odd fact that everybody in Oz always seems so happy, despite the fact that they’ve apparently been enslaved by the powers of evil. Indeed, the Ozites’ joyous demeanor in the face of political and social catastrophe suggests that they may be ignoring the true desperation of their circumstances. We’ve seen this before – in Greece, most recently, but also in lots of other economies whose “zest for life” was much praised even as those nations were inching towards demographic and fiscal catastrophe. Luckily, in the case of Oz, disaster can still be averted. Here’s a four-point economic recovery plan for the Land of Oz.

Oz is a land big enough for four separate countries and one centralized Emerald City, and yet the main mode of transportation appears to be walking, giant floating bubbles and the occasional Horse of a Different Color. This is, at best, inefficient. Yes, automobiles would probably ruin those magnificent yellow brick roads, so maybe you want to steer clear of building highways. But why not invest in some light rail? It would make everything run more smoothly, make it easier to see the Wizard, allow citizens to avoid the Deadly Poppy Fields, and, most importantly, create jobs. After all, it’s a shame to see a skilled workforce go to waste: Apparently, the Tinkers and Tinsmiths of Oz can build pretty much anything, so we have little doubt that Oz would soon have one of the most innovative and effective public transportation systems in the world. Furthermore, more trading between various countries of Oz could promote peace and harmony. The best part is that you wouldn’t even need to raise taxes. As far as we can tell, the Royal Treasure of Oz is just sitting there, serving no purpose other than to let the wealthy and privileged roll around among its gold coins and jewels.

Many of the Oz books tell us that the land’s inhabitants don’t die of natural causes or disease. (Though they can be killed by falling houses, poisonings, liquification, and bloody combat; Munchkin City does have a coroner, after all.) You’d think that this would make the idea of retirement anathema, but think again: As we’re learning in the U.S., people practically living forever is a demographic time bomb. At some point, the various peoples of Oz will become tired of working in the fields, or marching and singing around witches’ castles, or guarding the gates of the Emerald City. And let’s not forget the various Ozites who’ve been injured in the line of duty, especially during the various wars that seem to regularly break out between competing sorcerers and wannabe monarchs: How many monkeys must lose their wings before we say, “Enough!”? All these folks will need to be provided for, lest they become restless, or a burden on their families. To keep costs from running out of control, however, local unions and organizations should be consulted: For example, members of the Lollipop Guild will need generous health insurance plans to prepare for the almost certain onset of diabetes. Members of the Lullaby League, not so much. 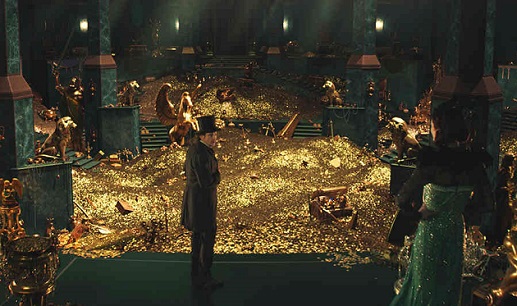 This land clearly has bountiful natural resources, not to mention some of the finest, most alive china you’ve ever seen. It also has a skilled workforce able to create pretty much anything and everything, including, apparently, dirigibles and giant mechanical steambots. Oh, and some of the most explosive fireworks in the known universe. With such advantages, it could become a real player on the world stage, save for one major obstacle: Right now the only ways in and out of Oz appear to be through unpredictably turbulent weather patterns on the plains of Kansas and, if you happen to chance upon the right pair of ruby slippers, dream-travel. (At least, in the movies; the books are a bit contradictory on just how exactly one gets to Oz.) That makes Oz more isolated than North Korea. This calls for establishing a means whereby the outside world can get in and out of Oz, so that the land’s wonderful resources and craftspeople can compete in the global market. Appropriate diplomatic and security protocols will have to be provided for, of course, as the kingdom’s gorgeous vistas and that aforementioned Royal Treasure will prove awfully tempting to outside interlopers and duplicitous real estate agents.

Oz’s susceptibility to frequent, violent changes in regime appears to be second only to Revolutionary Mexico’s. This is no way to build trust among the people, and it will make economic reform that much harder. The solution: Leave all this monarchy business behind and start having elections. The local infrastructure is there: Munchkin City has a Mayor, after all, so it shouldn’t be too hard to establish broader regional elections among the various peoples of Oz. In fact, each country of Oz could have its own system: The Munchkins may want a Parliamentary system, whereas the Winkies might prefer a Republic. Then, create a revolving Presidency of Oz based in the Emerald City, with each of the peoples of Oz getting their turn to rule (with, of course, the appropriate checks and balances). Establish term limits. As for the witches and wizards, they can still hang around; just be sure to establish a clear separation between sorcery and state.
Posted by Bilge Ebiri at 12:17 PM