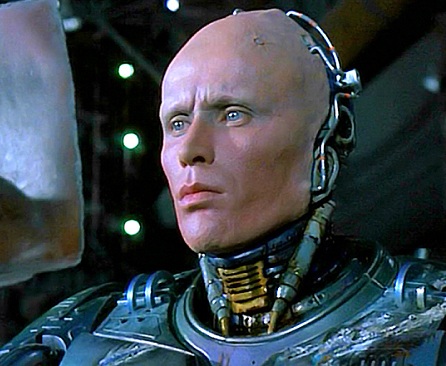 Paul Verhoeven, I still don’t entirely know what to do with you. Yes, you were one of the signature action auteurs of the ‘80s and ‘90s, with films like Total Recall, Basic Instinct, and Starship Troopers to your name, and that reputation is still solid, even though individual films may wax and wane in influence and estimation over the years. Total Recall at the time was thought of as the kind of soulless action flick Hollywood churned out on a regular basis; it’s aged now into a weirdly personal and very, very surreal fantasy, a consciously outsize macho wish fulfillment dream for the Age of Schwarzenegger. Basic Instinct was a bit better liked, mainly for its sleaze; I still like it, mainly for its sleaze. Starship Troopers wasn’t a huge popular hit but a certain subset of critics loved it because of its constantly self-aware, bright neon meta-meta-ness; I never really got it. Along the way there was Showgirls, which I haven’t been able to like even ironically, and Hollow Man, which is exciting and insane in equal measure. And then there were the Dutch films, made before he came to the U.S., many of which are excellent and all of which are idiosyncratic in their own little ways. Anyway, I find him fascinating, but Paul Verhoeven, it goes without saying, is far from my favorite director.

But he did have one absolutely perfect movie.  One film where his signature fascination with gore and gratuitous violence really paid off thematically, while his natural perversity made for an ideal match with the story. Certainly among Verhoeven’s American genre films, RoboCop is his masterpiece. Who else but this director would take what could have been a fairly standard tale of a cop who is turned into an indestructible, crime-fighting cyborg, and then underlined its utter strangeness in such a way that still did justice to its narrative? With overtones of both Brazil and The Terminator, RoboCop is equal parts satire, tragedy, grand guignol gorefest, and sensitive human drama, and it manages to be a parody of itself even as it delivers the goods. (Put another way: It’s the movie everyone seems to think Starship Troopers is.)

For the first act, we watch the likable Detroit police officer Murphy (Peter Weller) as the film prepares him and us for his grim, grisly fate. We know he’s doomed, so there’s something strangely sadistic about the way the film goes through the motions here – there's almost a Stations of the Cross quality to it all, which makes sense given Verhoeven’s lifelong obsession with the Christ story. Ordinarily I’d find this sort of thing kind of reprehensible, but the film is too self-aware for that: Much like The Shining builds up to the narratively-necessary killing of Scatman Crothers’s character, RoboCop seems to be commenting on the fact that such films (and their audiences) require a blood sacrifice. The film presents a world of commodification and corporatism gone rampant, and it seems to represent it, too.

But RoboCop goes even further than that. After he’s horrifically gunned down by a gang of hoodlums, we see Murphy transformed into the titular soulless killing machine – only he’s not soulless. Instead, this robot relives his most painful moments over and over again, and slowly begins to remember his past. The machine turns out to have a mind, and it's an obsessive mind at that. Consider the heartbreaking scene where Murphy/RoboCop revisits the now-empty house where he once lived with his wife and child. It starts off like an obligatory “human” touch in a kick-ass action film, but it goes above and beyond the call of duty, placing us firmly inside this tormented machine-man’s head. And thus RoboCop goes from a pop tale of blood sacrifice to a kind of subjective, melancholy narrative of loss. It truly is one of the saddest action films I've ever seen. And, go figure, one of the funniest.

And you knew this was coming, but all together now: “I’d buy that for a dollar!”