“You Must Become a Terrible Thought”: Nolan, Batman, and Hope 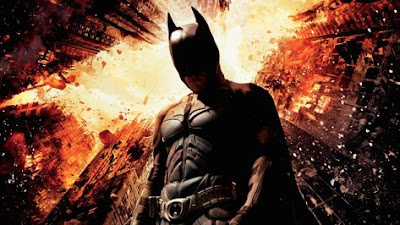 I’ve written quite a bit about Christopher Nolan over the years. (Again, go here read my review of The Dark Knight Rises for the Nashville Scene, or go here for some of the pieces I’ve written about Inception.) A couple of months ago, I wrote something for Vulture about the way that Nolan seems to weave his films around individual ideas, in which I also speculated about the potential themes in The Dark Knight Rises – which, needless to say, I hadn’t seen at the time. Having now seen the new film a couple of times, I’d like to talk a bit more about the ideas – or rather, the one main idea – behind it, and how Nolan presents it.

Some context: I said in that Vulture piece that “each of Nolan’s films is built around a single idea that eventually seizes control of the characters and, eventually, the film itself.” In Memento and The Prestige, for example, that idea seems to be identity. In Inception, it’s regret. In Batman Begins, it’s fear. And in Insomnia and The Dark Knight, it appears to be guilt.

Of course, the problem many writers have with Nolan isn’t so much that his films are devoid of ideas or themes, but that said ideas and themes tend to be blunt and inartfully stated. (For some very smart and very critical writing on Nolan's films, you should check out some of Jim Emerson's work.) Needless to say, I disagree. True, Nolan’s dialogue is often quite matter-of-fact about such things: He has Stanley Kubrick’s precision but lacks Kubrick’s talent for the glancing blow, the subtle gesture. What Nolan does have, though, is a unique ability to make sure that everything in his films – not just dialogue, but performance, music, visual style, editing…everything -- whirrs around these central ideas. It’s a single-mindedness, a totality that, for me at least, can be awe-inspiring to watch.

In Batman Begins, during an early scene where Ra's al Ghul (Liam Neeson) trains Bruce Wayne in the ways of the League of Shadows (“You fear your own power. You fear your anger, the drive to do great or terrible things”), he has the League’s warriors pounce on the young man in waves, each utilizing different fighting methods. The choreography in this scene feels less like a fight than a performance, a dance. With each of Ra's al Ghul’s utterances, the warriors around him move and organize themselves in different patterns. A terrific display of martial discipline, perhaps, but also a compelling expression of Nolan’s aesthetic – the thought made action, the notion that out of abstraction we can spin the world anew. 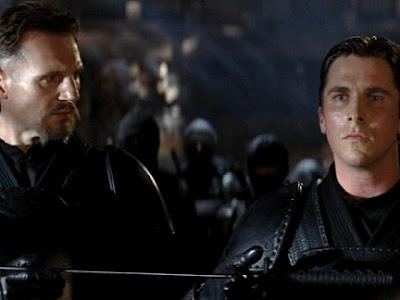 In other words, these aren’t just themes Nolan has airlifted onto his stories like some kind of overzealous lit theory student. They’re woven into the very fabric of his films. In Memento, for example, the director mimics Leonard Shelby’s (Guy Pearce) lost sense of self through the film’s structure: At any point, Leonard can remember only the last few things that happened to him, and, as an audience, so do we; by telling the story backwards, Nolan ensures that we cannot know anything in Leonard’s past beyond the last 15 or so minutes of screen time. (My pal Mike D’Angelo, the biggest Memento fan I know, does a good job of elaborating on this idea.)

So, too, in Inception, Nolan adopts an aesthetic that’s forever looking back, forever looking off, and forever isolating the character of Dom Cobb. (I wrote a bit about that here.) The film’s dream narratives are constantly influenced by external forces, whether from other dreams or (ostensibly) the real world, creating a unique mood of paranoia and regret. The most notable of these forces is, of course, Edith Piaf’s “Je ne Regrette Rien (I regret nothing)”, which literally beckons the characters back to reality and to a life lived without regrets.

Importantly, when Nolan explores one of these ideas, he explores it from every possible angle: In Batman Begins, we see fear being used for both evil and good; in The Dark Knight, one character is consumed by guilt, another is liberated by it, and the film’s most gruesome villain is the one character who doesn’t suffer from any guilt whatsoever.

In my Vulture piece, I suggested that maybe The Dark Knight Rises would have something to do with the return of the repressed, with masks being taken off, with the truth finally coming to light. And while I’d argue that all of these elements are definitely there in the new movie, I think the central idea of the film is a lot simpler than that.

The idea behind The Dark Knight Rises is hope – as a force of both redemptive power and unspeakable cruelty. 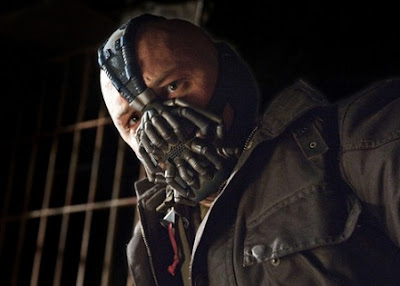 Bane’s somewhat complicated villainous plot is built around hope: He doesn’t just want to destroy Gotham -- something he can easily do with his atom bomb -- he wants to first give it hope for a better, more just future…and then destroy it. (This is also where the film loses me a bit, since the anarchic dystopia Bane creates is in no way hopeful, I think in part because Nolan is unwilling to condemn the people of Gotham and show them fully embracing Bane’s “vision.” Instead, we see Gotham as a half-destroyed, chaotic failed state. In other words, the bad guy’s plan is already somewhat thwarted from the very beginning, which makes the eventual foiling of his plot almost an afterthought. But I digress.)

Similarly, the prison that Bane casts Bruce off into is built around hope: Prisoners sit there looking up at the sky, with the knowledge that they could try to get out, even though it’s pretty much impossible. Yet another situation where hope destroys man -- or is at least supposed to.

Of course, hope lives on in good ways in the film, too – through scenes of little kids scrawling Bat-graffiti on walls and even near the end, when everybody thinks the town is about to be blown sky high, as John Blake (Joseph Gordon-Levitt) and Father Reilly (Chris Ellis) argue briefly over whether to put their orphaned kids back into the school bus to shield them from a blast that will surely vaporize them no matter what. And hope upon seeing the Bat-signal burned into the side of a bridge is also what drives Foley (Matthew Modine), a cowardly Deputy Commissioner, to come out of hiding, don his dress blues, and lead a police charge against Bane and his men (a charge which ends in Foley’s death).

To that end, Nolan’s visual style in this film is a little different from the other films. The Dark Knight’s most characteristic image was perhaps that of the overhead cityscape, looking down -- often far, far down – at the action. Those high angles helped create a sense of judgment, appropriate perhaps for a movie about guilt. We see less of those high angles this time around, and more low angles: The camera is often looking up at Bane, for example, or up at the sky (especially in those prison scenes). It’s also worth noting that, unlike the other two films, most of this film takes place in daylight.

And when you think about it, Batman’s final sacrifice is a reversal/redemption of Harvey Dent’s “sacrifice” from The Dark Knight. Gotham has been told that Dent died a hero at the hands of Batman, setting an example of rectitude and nobility that has been used to enact new laws that have kept criminals off the streets. This has eaten away at the heart of Commissioner Gordon (Gary Oldman), not just because it’s a lie, but also because it has established a false sense of hope. In some ways, it’s almost as bad as Bane’s prison – just as the prisoners live in a world where they’re confronted every moment by a freedom that doesn’t exist, the citizens of Gotham live in a world justified by a sacrifice that never happened. Batman’s final sacrifice is a correction of that lie, and it replaces that false hope with a genuine one.

Of course, we could call this sacrifice a lie, too, since Bruce Wayne does get to live. But in both The Dark Knight and in this film, Nolan goes out of his way to represent Bruce and Batman as two distinct characters. (There’s a notable scene in the earlier film, when Batman shows Morgan Freeman’s Lucius Fox the elaborate, very illegal, and deeply unethical citywide sonar he has created out of Gotham’s cellphone signals; pointedly, even though Fox knows his identity, Bruce does this dressed as Batman, complete with his deep, growly “Batman voice,” establishing the fact that when Bruce is in the Bat-suit, he is for all intents and purposes a different person.) This is also where The Dark Knight Rises’ references to Charles Dickens’s A Tale of Two Cities play out most poignantly, since that novel ends with one character sacrificing himself so that another, his lookalike, may live on in happiness. Make no mistake, the hero’s death at the end of The Dark Knight Rises is very real. And it is perversely “hopeful”– with all the ambiguity that implies.