A Letter for "Margaret" 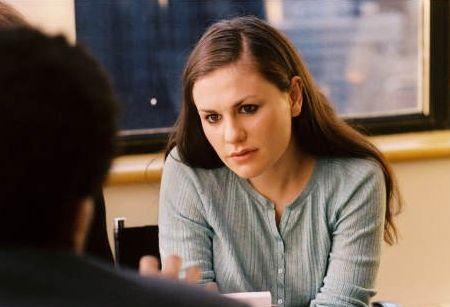 Do this for me.

There’s a petition to get Fox Searchlight to send out year-end screeners of Kenneth Lonergan’s Margaret (which I wrote about here) to critics and other voting groups. Please sign it.

The film, having had a long and litigious post-production history (it was shot in 2005, went through many different cuts and quite a bit of legal wrangling), was only released briefly in a few cities a couple of months ago. Writer-director Lonergan wasn’t talking -- possibly due to a non-disclosure agreement -- so its box office prospects were limited to begin with. This wasn't a deliberate burial so much as a case of a studio not knowing what to do with a film that had already been orphaned a while ago.

The folks at Fox Searchlight are terrific people. They've released some staggeringly great films this year. And Margaret is one of them. It's gained a sizable number of admirers among critics and other film buffs. I personally know a lot of writers who missed it and now want to see it. I also know many critics who were mixed on it but are willing to see it again, having witnessed the groundswell of enthusiasm it has inspired. And I know a lot of writers who (like me) want to see it again so they can write even more about it.

One of the more unfortunate things about Margaret’s release was that many (though not all) first-stringer reviews were mixed on the film, so initial word wasn’t particularly strong. It was only after other critics – many of whom weren’t assigned reviews of it – had discovered the film that its profile began to really rise. Unfortunately, by that point the film was gone. This seems to be an opportune moment for a savvy distributor to strike and, for a minimum investment, inspire newfound enthusiasm for a film that I know people will be watching for years to come.

You can read about the film’s protracted and contentious journey to the screen, here. There’s also a good piece in the January 2012 issue of Sight & Sound, by big-time Margaret supporter Vadim Rizov. (The latter is not online, sadly.)

Here’s a link to a great review by Glenn Kenny. And another fine review by Alison Willmore. And yet another wonderful one from Time Out NY's Keith Uhlich. And a short but excellent one by Mike D'Angelo.

Plus, The New Yorker's Richard Brody has also taken up the cause.

Finally, again, here’s a link to my own piece, posted earlier on this blog.
Posted by Bilge Ebiri at 4:00 PM