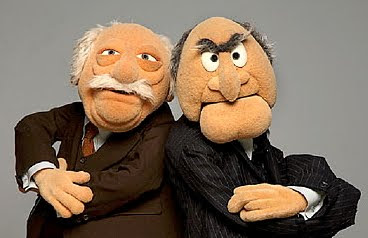 It’s been a slow month round these parts -- in part because I’ve been working on a couple of longer pieces (one of which, my exploration of the curious similarities between The Four Feathers and The Deer Hunter, I posted here recently), but also because I’ve been a bit busier on the reviewing front. So, here are some links:


- For Vulture this week I reviewed The Muppets (which I mostly liked).

- A couple of weeks ago, for the same folks, I reviewed Immortals (which I mostly didn’t).

- And a week before that, I reviewed A Very Harold & Kumar Christmas (which I loved).

- Related to the Harold & Kumar review, I also did a Vulture piece on why 3D (at least for me) works better with low-end schlock and genre spoofery than it does with Great Cinema, which attracted mild vitriol from some quarters. I realize linking to it again on the weekend Martin Scorsese’s lovely Hugo opens is probably asking for trouble, but, well, there it is.

- And I also recently did a longish piece for The Nashville Scene on the cinema of Nicholas Ray, a retro of whose work is playing at the Belcourt Theater as we speak. I focused mostly on the privileged moments in Ray’s films – those big bursts of style and emotion and (sometimes) sensuality that make even some of his weaker films worthwhile. And it occurs to me that maybe I should do a blog post one of these days just listing some of those scenes. I’m thinking of stuff like the childbirth scene in The Savage Innocents, the healing-the-afflicted scene in King of Kings, maybe the planetarium scene in Rebel Without a Cause, etc. But that’s for another day.
Posted by Bilge Ebiri at 11:56 AM