Fast, Cheap, and Out of Control; Or How Everything Becomes Junk, Before It Becomes Nothing At All 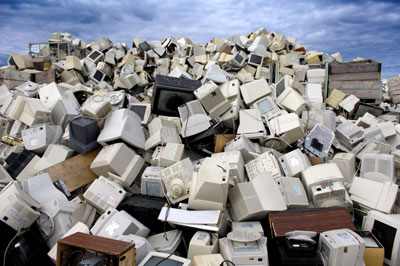 Like everyone else I’m finding the whole Netflix/Qwikster kerfuffle kind of hilarious. I don't have much to say about the business angle of it, though I'm inclined to agree with Roger Ebert that ultimately what Netflix is doing in terms of focusing more on streaming is probably pretty smart. One aspect of the situation, however, captivates me in a different way. It has less to do with the specifics of Netflix’s conundrum (which I need not summarize here) and more with, well, something a bit harder to express. It's times like this that I wish I had a little more time and a lot more brain, but nevertheless, I’ll try.

Let me rewind a little. Actually, let me rewind a lot. Like many other film geeks my age, my initial movie education came via videotapes. Sure, there was the occasional retro or whatever when I was growing up – Washington, DC was actually kind of an underrated moviegoing town back then, with a healthy number of arthouse and retro theaters. But video was still the primary venue. Even if a film hadn’t been released legitimately, it could often (though not always) be hunted down – via gray market mail-order cult shops, or recordings off late night TV and arty channels like Bravo. (Believe it or not, once upon a time Bravo ran pristine copies of Les Carabiniers and Before the Revolution – uninterrupted! -- instead of sleazoid reality TV marathons.)

Always, though, there was that chill of excitement when I finally received the video tape in question. Or, better yet, labeled a long-sought-after film I’d finally recorded off TV; when it was a movie I knew I would keep, I’d write the label in pen, instead of pencil. The movie I loved could finally be possessed.

Of course, it wasn't the movie I was possessing; it was a cheap plastic box filled with springs and tape that was going to wind up in a landfill sooner or later. But for a while that cheap plastic box seemed to be an integral part of the collective dream of movies. I’ve known other people around my age who went through some of these same feelings. For us, cultural objects of love were precisely that – objects. And, without getting all Frankfurt School about it, the art and its status as product became somehow inseparable in my mind. Whether it was a VHS tape, a laserdisc, a DVD, or a Blu-ray.

(Aside: Did all this lead to a certain inability to more fully engage with the work at hand? After all, John Ford made a movie called The Searchers; he didn’t design a DVD jacket. When a movie becomes an object, is it harder to think of it as something alive? I don’t know. I don’t think so. But I’m sure there are those who’d say yes. So maybe. Who knows?)

We still buy DVDs and Blu-rays, but we’re more keenly aware of their impermanence, thanks to the speed with which formats change, and our understanding that somewhere out there all this stuff is available, if not for free then at least for very cheap. The ownership society is on its way out, and nobody needs to lament it when it’s all gone. A generation raised on iTunes probably has relatively little need to hold a movie or an album in their hands or to become familiar with its physical feel. Besides, stuff costs money and takes up space.

At the same time, though, when things cease to be objects, what happens to our understanding that they need to be preserved and taken care of? When something can be copied, deleted, altered, shared, traded, etc. endlessly, does the thing become meaningless in itself? As someone who has done all of these things at some point or another, I'd like to say no. But I have my fears, too, I guess. 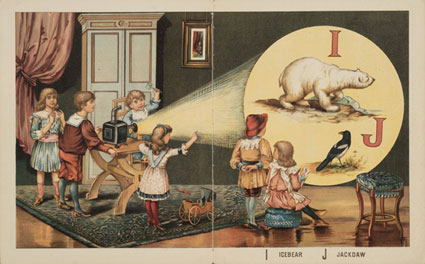 Now let's fast forward, just a little bit. The Blu-ray/DVD of The Tree of Life will hit stands in a couple of weeks. And maybe, a couple of months after that, I’ll see it on the new releases bargain rack at my local Rite-Aid (The Social Network is there right now). And when that happens I’ll look back at that period in April-May when I would have gladly murdered a hobo just for a chance to get to see this film a couple of days early in the theater. From breathless anticipation to mere afterthought, all within the course of a few months – this is the universal trajectory of the artistic object nowadays. Not the artwork itself, mind you. The movies don’t go away. But something else does. I'd hesitate to call it "aura", cause it's not. But it's something. Something graspable. Maybe it's graspability itself.

I’m not saying anything new here that others haven’t said more eloquently before me. But I do find a certain parallel in what I’m seeing in the Netflix situation right now. Netflix was both a wonderful resource and the face of doom; it killed the video store, and it may have on some level helped kill the DVD industry as well. Everything was already becoming cheaper and faster when it came along, but it was a key catalyst in making it all even faster and even cheaper.

And now, here they are, victims of their own speed-to-market and the fact that we now live in a fully networked, nanoworld where some dude whose Twitter icon is Elmo smoking weed can hold sway over a multi-million dollar company. Would it be ironic if Netflix’s own brand was consumed by the same whirlpool of speed and cheapness that it helped stir up?

I used to think that my desire to possess was some kind of basic animal need, but I wonder now if that’s true. Even many film buffs are fine not owning the movies they love, as long as they know they’re available to them in some way. But presumably they own other things. And maybe our ultimate possession nowadays is our identity – consciously expressed in countless social ways, and adorned on places like Facebook with lists of our favorite films, favorite books, etc. Maybe that’s the final object of our love and attention – the socialized and networked self, whose material being (at least for the time being) still belongs to us.

Which is just another way of saying: Part of me hopes that Qwikster takes those dudes for all they've got.
Posted by Bilge Ebiri at 3:30 PM