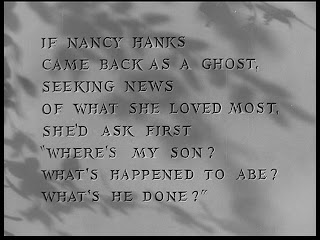 There is apparently a bit of a mini-debate going on about whether it's morally appropriate to make a movie in which Abraham Lincoln is cast as a remorseless hunter of the undead and in which the vampires aren't just vampires but very specifically Southern slave-trading vampires. Anyway, I didn't get into all that in my mixed-review of the film for Vulture, in part because I don't really have a moral compass, or for that matter even a moral sundial.

But also because I actually think this sort of movie needs more trivialization, not less. (Maybe that's because I don't have a moral compass.) If anything, overt sanctification is more of a problem in the long, twisted love affair between movies and history.