Tribeca Comes Out of Its Wilderness 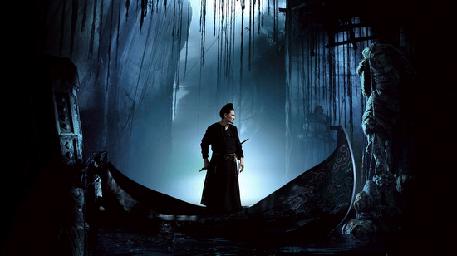 The Tribeca Film Festival started last night, and I must say, it promises to be a good one -- I watched a sizable number of the films playing for this piece about the 25 Films to See at the Festival, which I collaborated on for Vulture.

One of my favorites of the bunch, Blackthorn, stars the great Sam Shepard, whom I got a chance to interview, briefly, here. I’m actually hoping to also catch it during the festival; it’s a visually staggering film, and the idea of seeing it on a big screen makes me giddy with delight. (Other favorites include the fantastic Italian gangster drama A Quiet Life, which predictably stars Toni Servillo, the Cedric Klapisch whoziwhatsit My Piece of the Pie, and a fun return to form for the great Tsui Hark, Detective Dee and the Mystery of the Phantom Flame [pictured].)

It’ll be interesting to see what viewers think of this year’s titles. I’ve been following the festival over the years since its inception, and have watched with a mixture of concern, bemusement, and fascination as it has struggled to find its identity (Here’s one thing I wrote about it a few years ago.)

There were always good films to watch here, but Tribeca the festival was at times so formless and massive that it failed to provide any context for them; I’m still waiting to find someone else who has even heard of this teeny tiny little Australian gem called Burke & Wills I saw back in 2006. Terrific, unknown films came and went, lost amid what seemed like a thousand other unknown films. Yes, this happens to some degree at any other festival, but rarely to this extent. I remember a few years ago overhearing the following conversation between a critic and a filmmaker.

Filmmaker: I made a film last year that did the festival rounds, called [title redacted].

Critic: I’m afraid I haven’t heard of it.

Filmmaker: It played at Tribeca.

Critic: Ah, that’s probably why I haven’t heard of it.

Luckily, things seem to have settled down over the last couple of years, and Tribeca has been delivering an increasingly solid, much more manageable lineup. True, it will probably always be in this weird subduction zone between Sundance, Berlin, and Cannes, which may limit its ability to attract big-ticket world premieres. But as long as the festival is cool with that, there’s no reason why the rest of us shouldn’t be.
Posted by Bilge Ebiri at 10:30 AM