8 Observations Upon Re-watching The Lord of the Rings 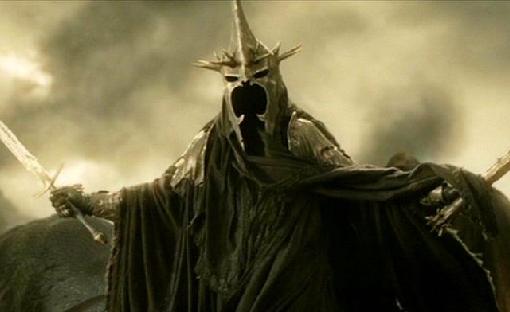 -- It now seems odd to refer to these as three films. Of course, most Tolkien fans I know don't refer to The Lord of the Rings as three books, but since I'm not a Tolkien fan (I liked The Hobbit but threw LOTR across the room about mid-way through. Literally. Threw it) that argument never did much for me. It is all one movie – written and shot at the same time – and when viewed as such, some surprising things (at least, surprising to me) begin to emerge:

For example, the positively insane amount of time the first installment spends at the Shire always felt a little strange to me – let’s get to the Cave Troll already! – but that balance is righted when viewed across the whole. Indeed, all that Shire business early on is absolutely justified by the longings characters express in the subsequent films for their simpler way of life.

Additionally, in The Return of the King, after Sauron is defeated, we see the journey back to the Shire depicted through a simple movement across a map – which contrasts elegantly with the swirling, swooping helicopter shots that accompanied the characters’ journey from the Shire in the first film. I don't know why, but this reversal moved me a great deal. It feels like Jackson & co are saying something about the way myths work here. I'm not quite sure what, but, well, there you go.


-- Pursuant to the above: I know that Tolkien often rejected WWII-inspired readings of his books; he had started writing them soon after WWI, even though they were published much later. Still, at least in this film series, when I hear Sam Gamgee’s ode to the Shire:

…It’s hard not to be reminded at least a little bit of George Orwell’s essay "England Your England," written during WWII (while "highly-civilized human beings" flew overhead, "trying to kill me") and one of literature's greatest encomia to the life-sized, the local, and the small-minded. Sample quote:


We are a nation of flower-lovers, but also a nation of stamp-collectors, pigeon-fanciers, amateur carpenters, coupon-snippers, darts-players, crossword-puzzle fans. All the culture that is most truly native centers round things which even when they are communal are not official – the pub, the football match, the back garden, the fireside and the ‘nice cup of tea.’

-- However, I guess it is accepted that Tolkien’s real lament is for Merrie England, the most tragic casualty (in his eyes) of "progress" and the Industrial Age. Which makes me think that perhaps the best companion to the Lord of the Rings movies (to the extent that any epic 11-hour three-film cycle needs a companion) might be Orson Welles’s Chimes at Midnight. (It’d certainly be interesting to compare Welles’s frenzied, shoestring battle scenes to Jackson’s frenzied, studio-financed ones.)


-- It’s interesting that Sauron, while obviously the chief villain in the trilogy, doesn’t seem to have any sort of agenda: He wants to rule everybody, but we don’t quite know what he wants to do with them. (I gather that’s a bit different in the books, as well as Tolkien’s associated writings.) On the other hand, Christopher Lee’s Saruman, with his massive mines and forges where he’s breeding new armies of demonic hybrid warriors, actually offers up a vision of what life might be like if the good guys were to lose – one of eternal darkness and slavery and industry, in keeping with the story’s veiled longing for a pre-industrial idyll. Saruman is defeated at the end of The Two Towers. As a result, in the third film, there’s a slightly more abstract and mystical feel to the eternal evil our heroes are fighting. Almost as if that evil is within themselves as much as it is around them.


-- While I liked it quite a bit, at the time of The Return of the King’s release, I also mocked that film relentlessly for its interminable series of endings, complete with a scene of Aragorn singing. My late friend Andrew Johnston (a fine critic taken from us at a terribly young age) always contended that this lengthy closure made sense when viewed as the wrap-up to a series of lengthy films (or one very, very long film) and not just the kicker to the final installment. I now see what he means. In fact, this time around I was kind of moved (!) by that scene of Aragorn singing.


-- I’m puzzled when I hear The Two Towers described as the “darkest” of the three installments. The Return of the King, for all its triumphalism, is probably the scarier and more depressing part for me, kicking off with a corrosive flashback to how Smeagol became Gollum and prominently featuring the one character from the entire series that could legitimately haunt my nightmares, the Witch King of Angmar. Even its finale, with Frodo having to leave Middle Earth because of his enduring pain, feels like a rather grim way to round out a fantasy cycle.


-- I was surprised this time around to discover that most of my favorite scenes in these films involve Liv Tyler’s Arwen – a character who reportedly doesn’t figure too prominently in the novels – and were apparently created specifically for the movie adaptation. Which probably says more about me than it does about the films themselves, but whatever.


-- These movies collectively won 16 Oscars. Howard Shore probably deserved ten of them. (He himself did actually win three.)
Posted by Bilge Ebiri at 11:00 AM